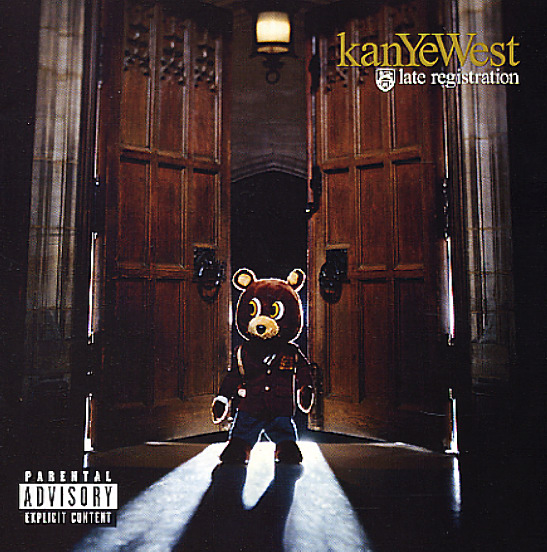 We loved the debut as much as the rest of the world did, but this one's an easier listen from beginning to end. The production is tight, the guests earn their spots, and the whole thing's furiously soulful. Much is being made of LA hipster/orch pop troubadour Jon Brion's co-production, but this is Kanye's show. On one level Kanye can rock a subject as cliched as "Gold Digger", and still come out with a fresh perspective that runs deeper than it sounds on the surface, then deliver a serious track about the evils of the diamond trade that still rocks the ice. And those are just the first singles. Another great one! Tracks include "Wake Up Mr West", "Heard 'Em Say", "Touch The Sky" feat Lupe Fiasco, "Gold Digger" feat Jamie Foxx, "Drive Slow" feat Paul Wall & GLC, "My Way Home" feat Common, "Crack Music" feat Game, "Roses", "Bring Me Down" feat Brandy, "Diamonds From Sierra Leone" (rmx) feat Jay-Z, "We Major" feat Nas & Really Doe, "Gone" feat Consequence & Cam'Ron and more!  © 1996-2022, Dusty Groove, Inc.