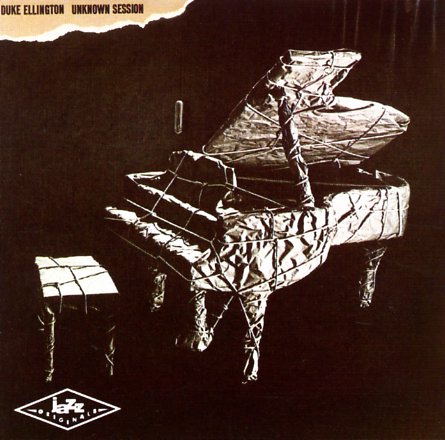 Hard to believe that given Duke Ellington's presence at the start of the 60s, there would be an unknown session from the time – but the discovery of this material in the 70s made for another great chapter in the Duke's career during the classic Columbia years! The material here is played by a sweet small group that includes Ray Nance on coronet, Lawrence Brown on Trombone, Johnny Hodges on alto sax, Harry Carney on baritone, Aaron Bell on bass, and Sam Woodward on drums – all working in a format that almost feels a bit more relaxed and intimate than other Columbia sessions – although not with the rough edges you might expect from a lost date. Tracks include "Everything But You", "Black Beauty", "Something To Live For" "A Flower Is A Lovesome Thing", "Mighty Like The Blues", and "Dual Highway".  © 1996-2021, Dusty Groove, Inc.
(White label promo. Cover has a tracklist sticker and a promo stamp.)

Concert In The Virgin Islands
Reprise, 1965. Very Good+
LP...$6.99
One of the great entries in Duke Ellington's "exotic" albums of the 60s – records that aren't exactly exotica by any stretch of the imagination, but which have musical themes that were inspired by the international travels of the Ellington band at the time! In this case, the locale ... LP, Vinyl record album