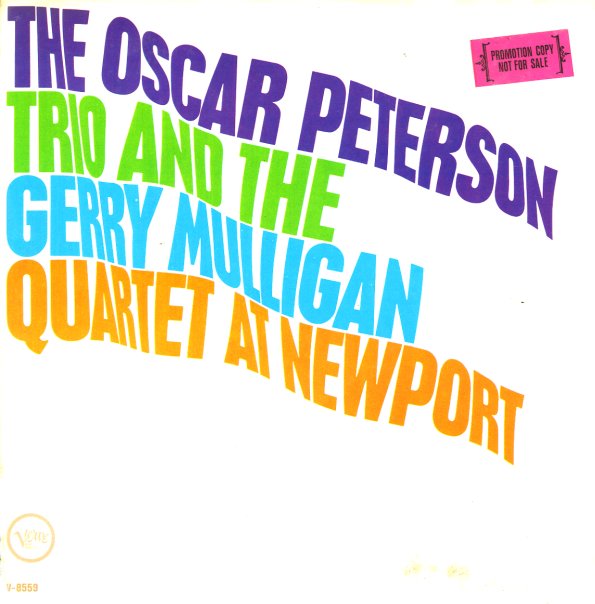 The product of three sets at the 1957 Newport Jazz Festival, side one features piano man Oscar Peterson and his trio performing "Will You Still Be Mine", "Joy Spring", Glenn Miller's "A Gal In Calico", and "52nd Street Theme". Side two features Gerry Mulligan playing baritone with the Teddy Wilson Trio on "Sweet Georgia Brown", and Mulligan's quartet, including Dave Bailey on drums and Joe Benjamin on bass, working "My Funny Valentine" and "Utter Chaos".  © 1996-2021, Dusty Groove, Inc.
(Mono MGM pressing. Cover has light wear and a cutout hole.)