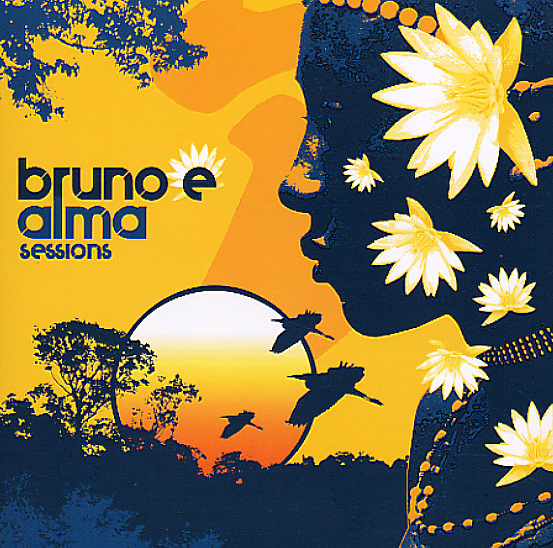 Tremendous work from Bruno E – his greatest album so far, and an instant global soul classic! Bruno's working in really boundary-less territory here – mixing English and Portuguese vocals in a set of tunes that bubble with gentle soul and sparkle with a rich 21st Century approach. The overall groove is gentle, but always present – and Bruno's work on Fender Rhodes alone would be enough to make us love the album, but it's made even better by guest vocals from Xantone Blaq, Tom Ze, Patricia Marx, and Sarah Anne Webb. Titles include "Soul Storm", "Mister Modernismo", "Is Love", "Feel", "A Tempestade", "The Birth Of A Star", "Sons", and "Alma".  © 1996-2021, Dusty Groove, Inc.

MTV Apresenta Otto
Trama (Brazil), 2005. Used
CD...$9.99
A live show from Otto – one of our favorite Brazilian talents from recent years, and an artist with a sound so fresh, even MTV can't mess it up! The DVD presents Otto's live appearance on the Brazilian version of the network – a pretty edgey batch of tracks that's hardly what you'd ... CD

Com Defeito De Fabrication
Luaka Bop/Trama (Brazil), 1998. Used
CD...$4.99
An album that marked a huge return to form for the legendary Tom Ze – brought back to all the power and creativity of his groundbreaking work of the 70s! The set was given huge global circulation by the folks at Luaka Bop – who were key in introducing most of the world to Tom's music ... CD

Daniel Carlomagno (2005)
Trama (Brazil), 2005. Used
CD...$4.99
The second album from Daniel Carlomango – and an amazing little set that's one of our favorite recent albums from Brazil! Daniel's got a style that's a bit like that of some of his Trama labelmates – but there's also a depth and seriousness here that's instantly apparent in the ... CD

Beatchoro
Trama (Brazil), 2006. Used
CD...$4.99
A delightful collision of music old and new – as acoustic Brazilian choro comes into play with more booty-styled beats – in a blend that's surprisingly great on the best numbers in the set! The style is one that might sound a bit hokey on paper, but it comes off well – never too ... CD

Imprensa Cantada
Trama/Ultra Pop, 2003. Used
CD...$9.99
A mad return to form for Tom Ze – the legendary Brazilian musician who's been one of the few artists to keep the flag of Tropicalia flying over the years! The set features Tom in a number of styles – rocky, quirky, folksy, electric, and always with that mad sense of humor that makes ... CD

Seu Jorge & Almaz
Now Again, 2010. Used
CD...$3.99 (CD...$6.99)
Incredible music from Seu Jorge – and that's saying a lot, given how much we've loved all of his previous records! This time around, Jorge really knocks it out of the park – by stepping away from some of his tighter styles, and going for a looser, more organic approach that's totally ... CD