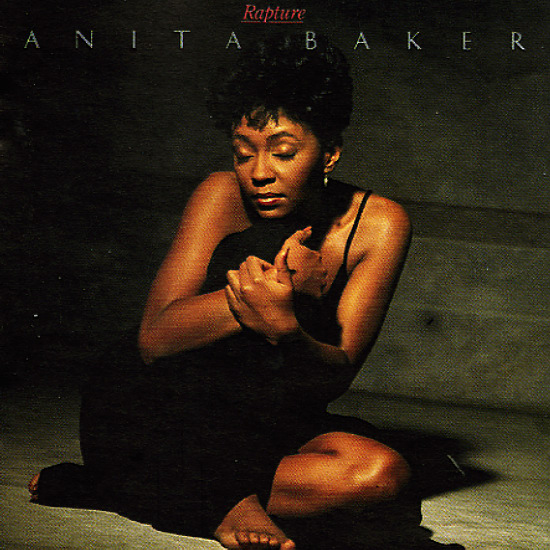 A classic album of classy vocals – one that helped set a whole new tone in 80s soul music! Anita had already gained a bit of experience on the soul scene before this set, but with this record she emerged as a full-formed diva who could effortlessly blend jazz and soul into a magnificent new sound. The production has a few touches that date the record a bit, but there's a timelessness to the set that was apparent to listeners the moment it was released. Titles include "Mystery", "No One In The World", "Sweet Love", "You Bring Me Joy", and "Caught Up In The Rapture".  © 1996-2023, Dusty Groove, Inc.

Giving You The Best That I Got
Elektra, 1988. Used
CD...$4.99
A mega-hit, but for good reason – as the record brought sophistication back to chart soul at the end of the 80s – proof that well-done, deeply-voiced records could still beat the schmaltz of the geri-curl generation! Anita's working here in territory that draws from the classics, but ... CD

Right On Be Free (remastered & expanded)
Elektra/WEA (UK), 1970. Used
CD...$28.99 (LP...$16.99)
The landmark first album by this legendary 70s soul group – and one with a feel that's much different than their later work! The style here is much more strongly righteous than their sweeter soul of the mid 70s – with a pronounced gospel influence that focuses most strongly on the ... CD

Frankie & The Fashions, Others

Philly Legends – Tribute Album
49th St, 1960s/1999. Used
CD...$6.99
A late Philly tribute album put together by Frank Lafaro of Frankie & The Fashions. Most of the tracks here are by a modern version of that group, with a handful songs by Len Barry, The Tymes, and Anthony Maresco – but there are also a few early 60s practice tapes from other Frank Lafaro ... CD