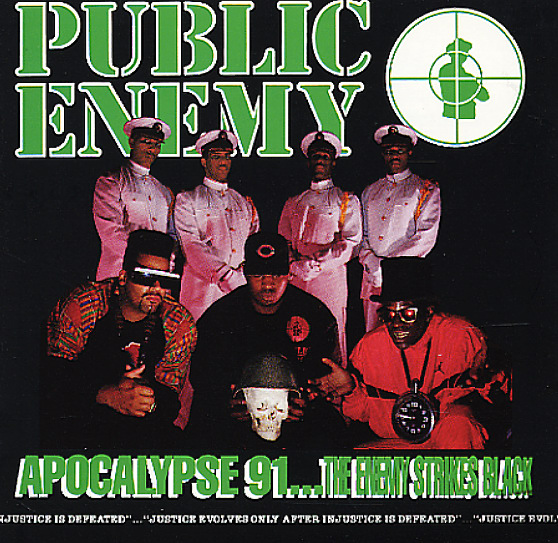 Maybe one of the last moments of genius from Public Enemy – and a set that still has their power and politics very much at the top of their game! The message may even be more powerful than the music at points – no surprise for Chuck D and crew at this point in their career – but in comparison to so many other weaker records from the time, the whole thing's still held up very well with age – and has managed to slide strongly into the rest of their previous catalog. Titles include their popular "Bring Tha Noize" duet with Anthrax – plus "Get the F–- Outta Dodge", "Can't Truss It", "By The Time I Get To Arizona", "Nighttrain", "Shut Em Down", "A Letter To The New York Post", "1 Million Bottlebags", and "More News At 11".  © 1996-2021, Dusty Groove, Inc.