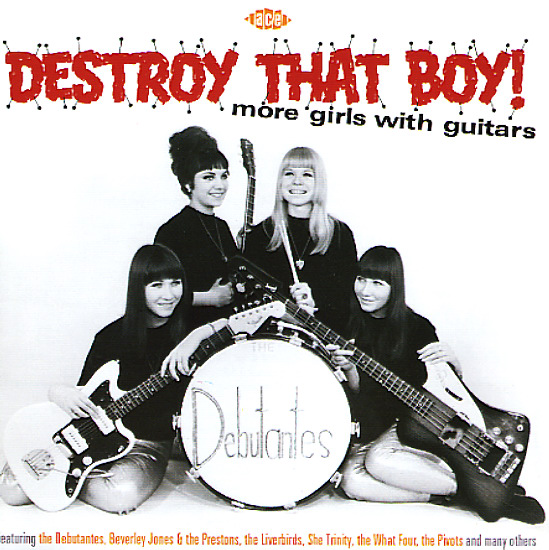 A set that's every bit as wonderful as you'd guess from its title and cover – a killer package of all-girl rockers, and one that's filled with rare gems from the 60s! The material here is definitely a lot harder-hitting than more familiar girl group sounds of the 60s – as the tunes are drenched in plenty of fuzz, recorded with a garagey style, and often rock just as hard as any male cuts from the time! Most material is by US groups, but there's also some surprising gems from overseas too – and the package is a much-needed look at this under-documented side of 60s rock and roll. Titles include "I'm Gonna Destroy That Boy" by The What Four, "I've Been Workin On You (demo)" by The Feminine Complex, "You Don't Love Me" by The Starlets, "Climb That Tree" by She Trinity, "Fraternity USA" by The Lady Bugs, "Here I Am In Love Again" by The Girls, "The Beatles Are In Town" by The Fondettes, "Don't You Think It's Fine" by Project X, "Hold On" by Sharon Tandy, "Tell Me" by The Termites, "He's Something Else" by The Liverbirds, and "Shakin All Over" by Raylene & The Blue Angels.  © 1996-2021, Dusty Groove, Inc.