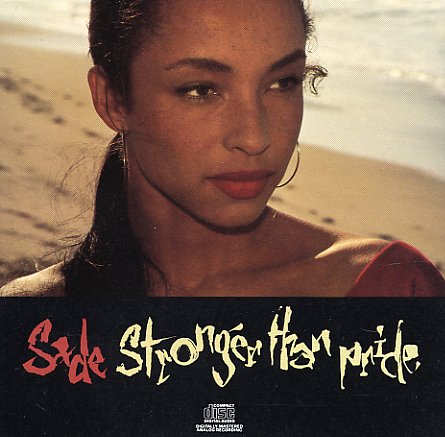 Another nice one from Sade – perhaps not as edgey as some of her earlier work, recorded in a slightly smoother style, but still quite nice to our ears – as Sade's always been a pleasure, no matter what the setting! Includes the nicely grooving "Nothing Can Come Between Us", plus "Turn My Back On You", "Haunt Me", "Love Is Stronger Than Pride", "Give It Up", "Keep Looking", and "I Never Thought I'd See The Day".  © 1996-2021, Dusty Groove, Inc.
(Original pressing.)

Cow Fingers & Mosquito Pie
Epic/Legacy, Mid 50s. Used
CD...$4.99
This is the real deal for Screamin Jay Hawkins – the seminal 50s recordings done for the Okeh label, all of which are a lot harder and heavier than some of his later work! The format is simple R&B, but Screamin Jay brings a heck of a lot of himself to the sessions – singing in a ... CD

Here Comes Shuggie Otis/Freedom Flight
Epic/Raven (Australia), 1970/1971. Used
CD...$11.99
The first 2 Shuggie Otis albums on one CD – and with bonus material, too! Shuggie's well known for his trippy guitar work and vocals on the famous album Inspiration Information, and both of these sets predate that one – showing Shuggie in his formative years, stepping off some early ... CD