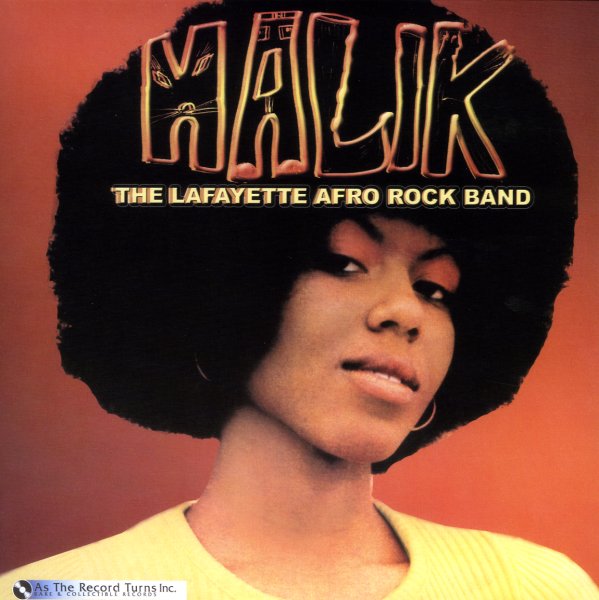 A fantastic bit of Afro funky soul – one of a few albums recorded by the legendary Lafayette Afro Rock Band! The set has an incredible blend of American funk, African rhythms, and European production – recorded in the heady cross-cultural scene of early 70s Paris – with a sound that's often imitated, but never duplicated! Funky guitar snakes through electric piano riffing, rolling basslines, and some really heavy percussion – occasionally supporting a bit of chorus vocals, but mostly going for a hard-grooving instrumental sound overall! Includes the classic break track "Darkest Light", sampled by PE and others – plus "Djungi", "Raff", "Conga", "Avi-Vo", and "Malik".  © 1996-2021, Dusty Groove, Inc.