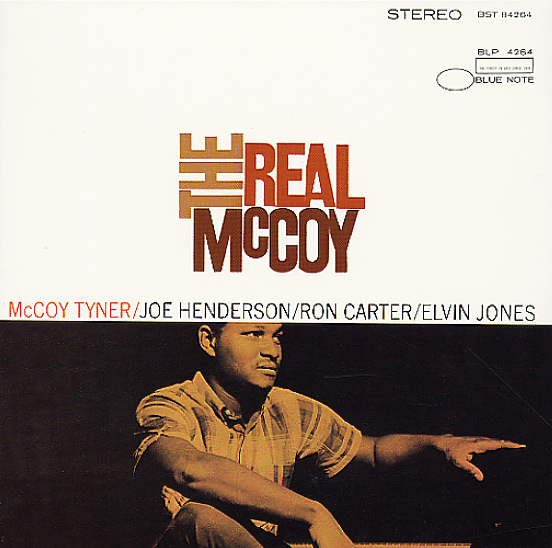 As pure a distillation of McCoy Tyner's lyrical vision as one could ever hope for – a brilliant early standout session for the pianist as a leader! McCoy is backed up here by the energetic drumming of Elvin Jones – with whom he shares a natural empathy from their many years together under Coltrane – as well as the incomparable bass of Ron Carter, and the spirited tenor of Joe Henderson – both players who make the quartet date explode with a fresh sense of imagination – the kind of work that has McCoy stepping out strongly from the shadows of The Great One, into a hip space of his own. The set glistens with 5 Tyner originals – including "Passion Dance", "Four By Five", "Contemplation" and "Search for Peace" – all of which point towards new directions in the post-Coltrane years!  © 1996-2020, Dusty Groove, Inc.
(Out of print.)