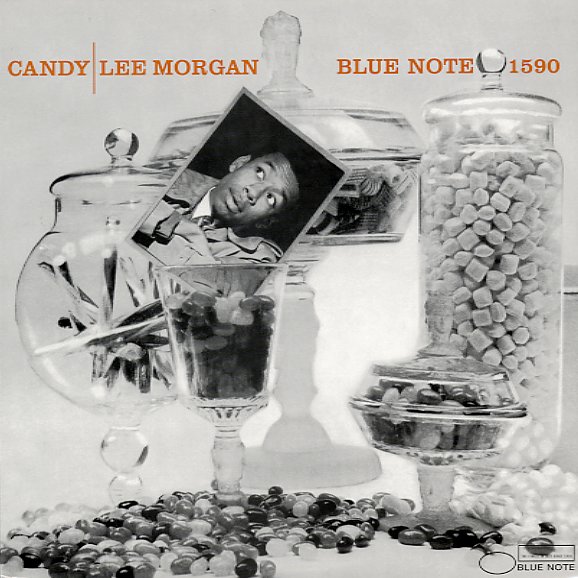 Also available
Lee Morgan — Candy (RVG remaster edition – with bonus track) ... CD 12.99
A very different album for Lee Morgan – especially in comparison with his other early sessions! The record is a gentle batch of ballads and standards, played by Morgan with a quartet that includes Sonny Clark on piano, Doug Watkins on bass, and Art Taylor on drums – all beautifully poised to help Lee hit just the right notes in the set. The album's a crucial one, in that it gives Lee Morgan a chance to show off a warmer, mellower, and more introspective style – after first coming onto the scene as a stormer on his first few sessions. The whole thing's great, and a really important part of Morgan's catalog – and an album that was sadly "lost" in the Blue Note catalog for years, due to a too-short initial release! Titles include "Candy", "Who Do You Love, I Hope", "All The Way", and "Since I Fell For You".  © 1996-2023, Dusty Groove, Inc.
(Late 80s pressing.)