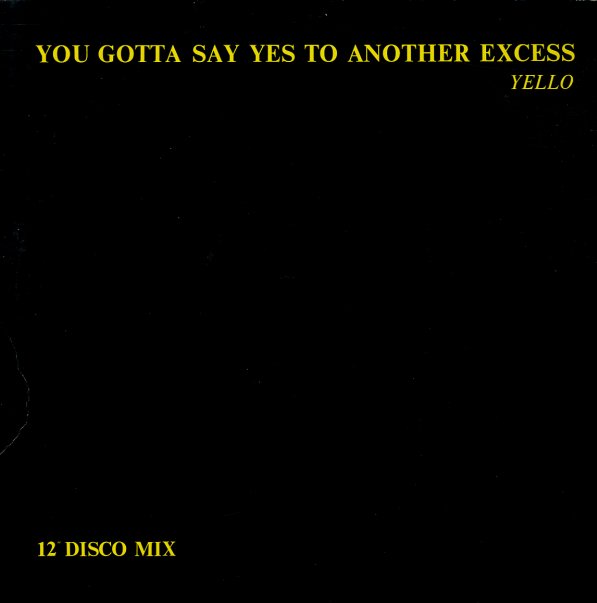 You Gotta Say Yes To Another Excess/Heavy Whispers

2 darkly rhythmic numbers by Yello, mixing early samples, analogue electronics, and Dieter Meier's always-great vocals into a sound that's still fresh after all these years!  © 1996-2020, Dusty Groove, Inc.
(Cover has a cut corner, a large name in marker, and heavy wear on the spine. Label has some pen.)