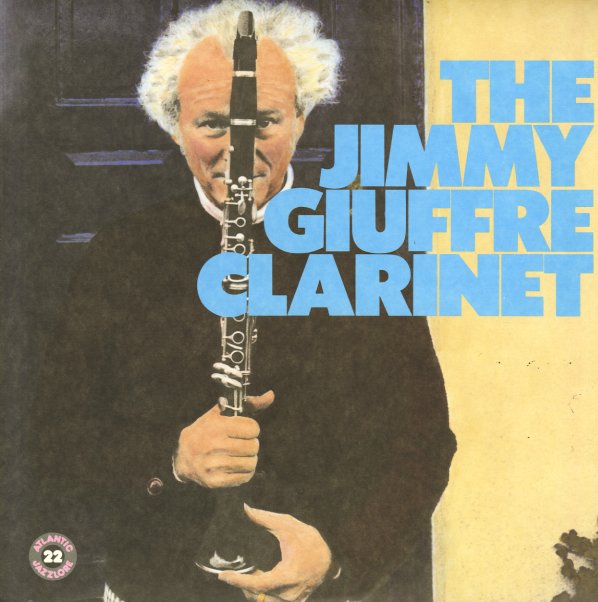 Beautiful work from Jimmy Giuffre – and a key album in the development of his spare sound of the late 50s! The record features Jimmy on clarinet – as you'd guess by the title – but this is no hokey set of Benny Goodman or Buddy DeFranco-type tunes. Instead, Giuffre's using the clarinet in a way that predates 60s modernist styles – working in washes of sound and color that explore the instrument like few other players had even imagined at the time. The backing differs from track to track – as "So Low" features only a tapping foot behind Giuffre's clarinet, "Deep Purple" has backing on piano, and others like "The Sheepherder", "Quiet Cook", and "The Side Pipers" feature some larger group backing, often with no piano.  © 1996-2021, Dusty Groove, Inc.
(80s Jazzlore pressing.)

Jimmy Giuffre Quartet In Person
Verve, 1960. Near Mint-
LP...$24.99
Pivotal work from the great Jimmy Giuffre – a live performance that's wonderfully poised between the spare, subtle sound of his late 50s trio, and some of his freer work to come in the 60s! The group here features frequent partner Jim Hall on guitar, as well as the great Buell Niedlinger on ... LP, Vinyl record album