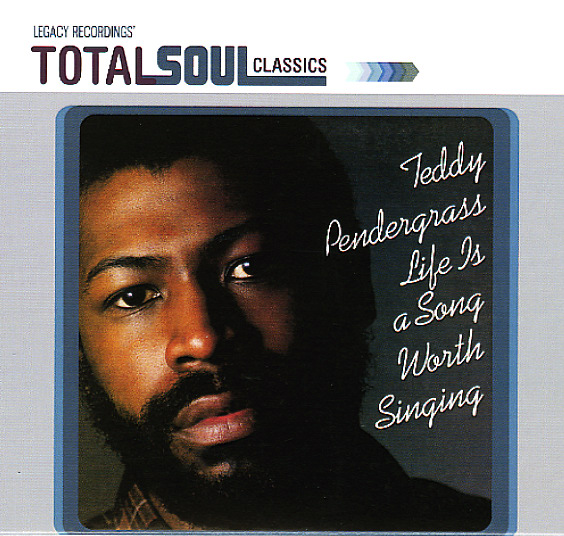 Life Is A Song Worth Singing (with bonus tracks)

Sublime solo material from the great Teddy Pendergrass – the kind of record that instantly proves that his departure from Harold Melvin & The Blue Notes was a great idea, as the man alone is even more of a power to be reckoned with! The set's a cornerstone in that great second wave of Philly soul from Gamble & Huff – that point when the rest of the world was picking up on the disco grooves they forged earlier in the 70s, and they went for a more adult, more sophisticated style with singers like Teddy, Jean Carn, Phyllis Hyman, and others. The whole thing's perfect – and nicely balances between mellow moments and groovers – with gems that include the always-great "Close The Door", the massive "When Somebody Loves You Back", and other cuts that include "Get Up Get Down Get Funky Get Loose", "Life Is A Song Worth Singing", "Cold Cold World", and "It Don't Hurt Now". CD features 2 bonus tracks – "Get Down Get Funky (disco version)" and "Only You (single version)".  © 1996-2020, Dusty Groove, Inc.
(Legacy Recordings' Total Soul Classics edition – with 2 bonus tracks. Sticker over barcode.)

Harold Melvin & The Blue Notes (expanded)
Philadelphia International/Sony, 1972. Used
CD...$6.99
We never tire of this one – and we think it's a landmark soul LP that forever changed the face of soul music! Teddy Pendergrass is in perfect form, and he really gets into it on the album's 2 incredible long tracks – "I Miss You", and "Be For Real" – both with ... CD