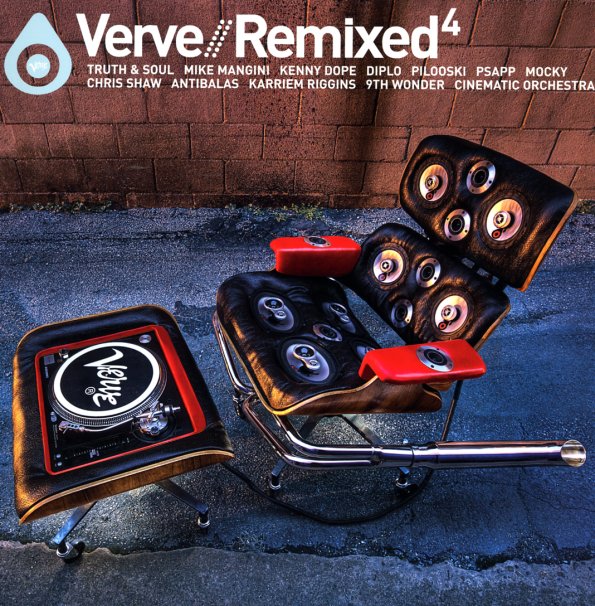 The Verve vaults are open again – and as with other Remixed sets, they've let in a host of hip talents to change up their classics! This time around, the results seem even better than before – thanks partly to a very strong array of mixers, including some of our own personal funky favorites – but also thanks to a change in remixing styles for this sort of work – an added complexity, and respect for the originals – so that the tunes aren't just simple smatterings of old vocals over contemporary beats! Titles include "Cry Me A River" by Dinah Washington remixed by Truth & Soul, "Everybody Loves The Sunshine" by Roy Ayers remixed by 9th Wonder, "Gimme Some" by Nina Simone remixed by Mike Mangini, "There Was A Time" by James Brown remixed by Kenny Dope, "California Soul" by Marlena Shaw remixed by Diplo, "Take Care Of Business" by Nina Simone remixed by Pilooski, "Bim Bom" by Astrud Gilberto remixed by Psapp, "Dilo Como Yo" by Patato & Totico remixed by Antibalas, "Evil Ways" by Willie Bobo remixed by Karriem Riggins, "I Get A Kick Out Of You" by Ella Fitzgerald remixed by Cinematic Orchestra, and "Tea For Two" by Sarah Vaughan remixed by Chris Shaw.  © 1996-2022, Dusty Groove, Inc.
(Mark through digipack barcode.)