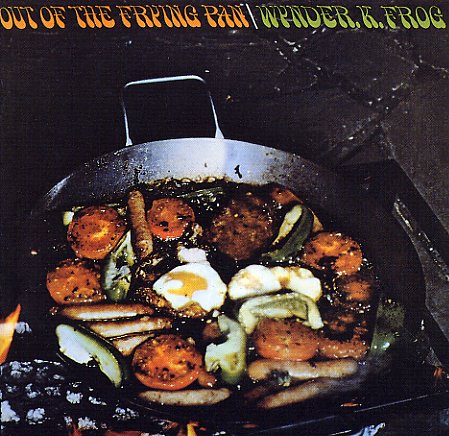 A lost Hammond classic – from organist Mick Weaver, who famously worked with the group Traffic! This set's a lot different than the work he did in that band, though – as the album's all instrumental, and has a quick-stepping, all-soul sound that's a lot like the best Jimmy McGriff organ jazz albums on Sue Records – mixed with maybe a bit of the mod sound of London at the time! Tunes are tight and short, but pack plenty of punch – and the album also features great work on saxes from Chris Mercer and Dick Heckstall-Smith. Titles include "Green Door", "Bad Eye", "Willie & The Hand Jive", "House That Jack Built", "Gasoline Alley", and "Harpsichord Shuffle".  © 1996-2021, Dusty Groove, Inc.
(Pink and orange label stereo pressing.)

Bye Bye Birdie
United Artists, 1963. Very Good+
LP...$4.99
A great little jazz version of the score to the musical Bye Bye Birdie – one that we love for its original tunes, and which really lends itself to jazzy interpretation! Arranger Bill Potts really gets at the spirit of the original score, but also opens things up nicely as a jazz solo vehicle ... LP, Vinyl record album

Jazz Alive – A Night At The Half Note
United Artists, 1959. Very Good Gatefold
LP...$29.99
Alive, and plenty lively – one of our favorite albums ever to feature the team of Al Cohn and Zoot Sims – and one that has them really stretching out a lot more than usual! The album's got a format that's quite different than the tightly-reigned sound of Sims and Cohn on other dates ... LP, Vinyl record album