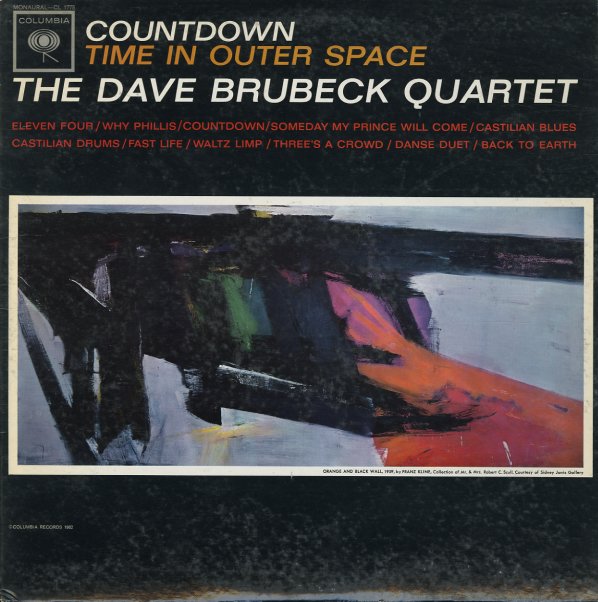 The rarest of the "time" trilogy albums albums that Brubeck started with Time Out – and the most compelling, too! The classic quartet is in excellent form here – and drummer Joe Morello is especially excellent, as he's working in new rhythms and new percussive modes that you'd never expect from the group's earlier recordings. The best cuts have a slightly exotic tone to them, made even better by Desmond's snaking alto work – and titles include "Fast Life", "Waltz Limp", "Castillian Drums", "Back To Earth", "Danse Duet", and "Countdown".  © 1996-2020, Dusty Groove, Inc.
(Mono 360 Sound pressing. Cover has some wear.)