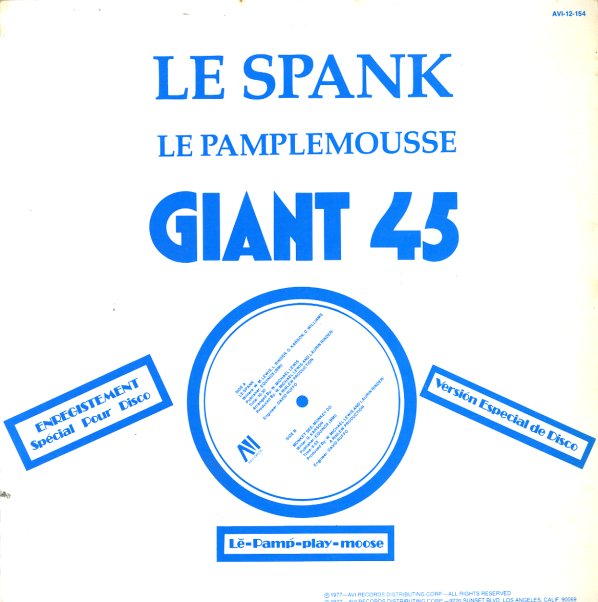 "Le Spank" is probably the most successful track ever by this Rinder/Lewis side project – and for good reason, too! The cut's got a cool moogy groove that pops across the top nicely, a bit sparer than the rest of its disco contemporaries, and with a catchiness that's undeniable! This 12" version is over 10 minutes long, too!  © 1996-2021, Dusty Groove, Inc.
(Cover has some marks in pen and marker.)