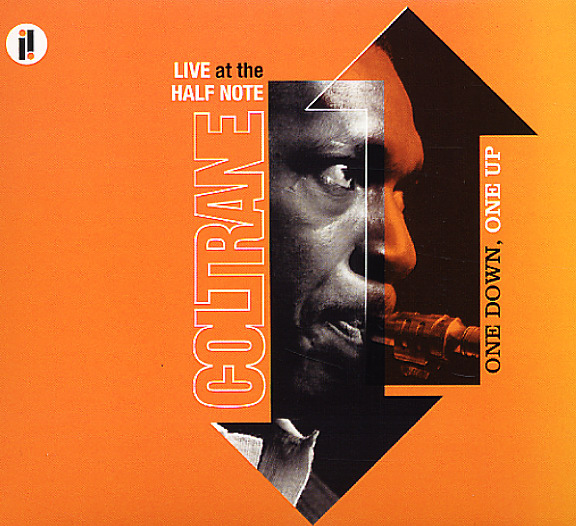 A long overdue testament to the live genius of the mighty John Coltrane Quartet – captured at the legendary Half Note club in NYC – disc 1 recorded on a date in March 1965 and disc 2 on a date in early May of the same year! The set finds Coltrane plus McCoy Tyner on piano, Jimmy Garrison on bass and Elvin Jones on the kit working in a far more adventurous guise than many of the 60s studio sessions – stretching out incredibly on the half hour epic workout "One Up, One Down" and a beautifully loose run of "Afro Blue". The stylistic themes are carried through similarly on the second disc's long grooving "Song Of Praise" and an amazing "My Favorite Things", but stretching near or past the 20 minute mark. These long bootlegged recordings are now available on CD officially for the first time ever – complete with the original radio introductions and announcements!  © 1996-2023, Dusty Groove, Inc.

That's The Way It Is
Impulse/MCA, 1969. Used
CD...$11.99 (LP...$16.99)
At the end of the 60s, Milt Jackson and Ray Brown cut some very groovy records together – teamed up in a great pairing of styles that pushed both of them way past the more standard sounds of earlier years! This album's one of the best of the bunch – as it features pianist Monty ... CD