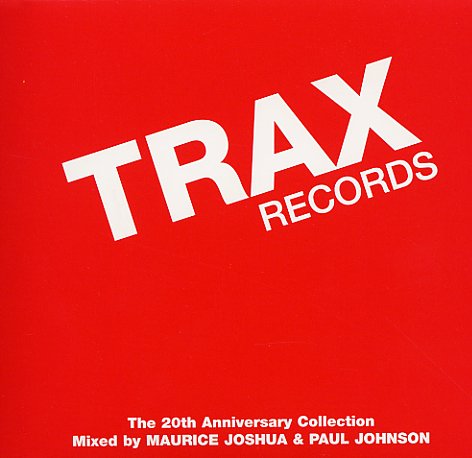 A tremendous celebration of one of the greatest house music labels ever – the mighty Trax Records, the Chicago home to some of the music's greatest work of the 80s! The 3CD set is a really massive package – featuring 2 CDs that offer live mixing of 34 of the label's classic tunes – plus a full bonus disc that includes an additional 12 tracks, unmixed! The feel is great throughout – with the stripped-down, no-nonsense, back-to-back mixing style that you'd often hear in the glory days of the Chitown scene – a straight-running set of house grooves that includes "Bring Down The Walls" by Robert Owens, "No Way Back" by Adonis, "House This House" by Mr Lee, "Can You Feel It (alternate)" by Mr Fingers, "Can't Get Enough" by Liz Torres, "In A Vision" by Virgo Four, "Washing Machine" by Mr Fingers, "House Music Anthem" by Frankie Knuckles presents Marshall Jefferson, "This Is Acid" by Maurice, "I'll Never Let You Go" by William S, "Children Of The Night (radio)" by Kevin Irving, "Acid Tracks" by Phuture, and "7 Ways To Jack (full version)" by Hercules.  © 1996-2021, Dusty Groove, Inc.
(Out of print. Digipack has some wear. Spine has a thin slice mark and a half inch tear at the base.)