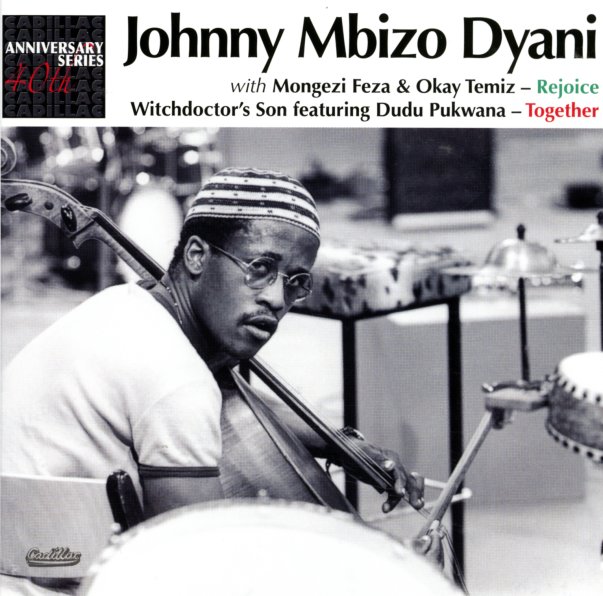 A pair of albums from the legendary Johnny Dyani – packaged here in one great little set! Rejoice features searing live work from Johnny Dyani – a set that has the bassist opening up strongly in a trio with Mongezi Feza on trumpet and Okey Temiz on drums and percussion! Feza sounds even better here than usual – blowing these long, inventive solo lines that match the work of Ted Curson for 70s fire – really spurred on by Okey's creative changes, into a soulful space that may well be some of Mongezi's most spiritually expressive of the 70s! Dyani's bass is strong, and ever-present – never needing to dominate, but always felt as this rich pulse – and powerful melodic element at just the right moments. Titles include "Mad High", "Makaya Makaya", "Pukwana" and "Imbomgolo". CD also features an unreleased track from the same performance – the 20 minute "Mad High Revisited". Together is a record that really gets back to Johnny Dyani's roots in South African jazz! Although Dyani and his expatriates in the Blue Notes helped give London a new sound of avant jazz expression in the 70s, the music here returns to the warmer melodic style of their early 60s days – with loping rhythms that draw on regional tradition, and soulful interplay between the alto of Dudu Pukwana, tenor of Peter Shimmy Radise, and keyboards from Dyani – who shifts his instrument for this special recording! The group also features use of guitar, congas, whistles, and a South American harp – used in rhythmic ways that pulsate warmly – on titles that include "Kalahari", "Tula Tula", "High Priest", "Johnny's Kwela", and "Together".  © 1996-2023, Dusty Groove, Inc.