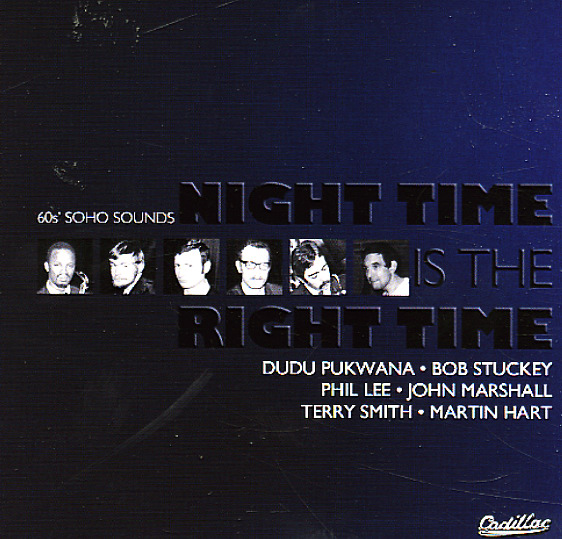 A completely unique slide of work from Dudu Pukwana – a side of the reedman you may never have heard before! Dudu's best known for his work in the Blue Notes – that legendary avant assemblage of South African players – and although he's also recorded in other creative settings, this may well be the first time we've heard him on a soul jazz session – burning brightly with some killer Hammond from organist Bob Stuckey! The combo's tight and right on the money – grooving live at Ronnie Scotts with the feel of some Prestige Records sax/organ group of the mid 60s – a real change for Dudu, but one we really love! Pukwana still puts in lots of unusual edges in his music – some odd tones and unusual shifts that really keep things interesting – especially giving the group's use of mostly original compositions, most by Dudu! Titles include "Jauana's Dream", "Messengers", "Kicks For Sale", "B My Dear", "Moonshine", "Kippie", and "Blessing Light". Plus, the CD features 5 more tracks by a trio that features Stuckey on Hammond and Terry Smith on guitar – "I Feel Pretty", "All Of You", "When I Grow Too Old To Dream", "Bob's Hop", and "Sweet Georgia Brown".  © 1996-2023, Dusty Groove, Inc.