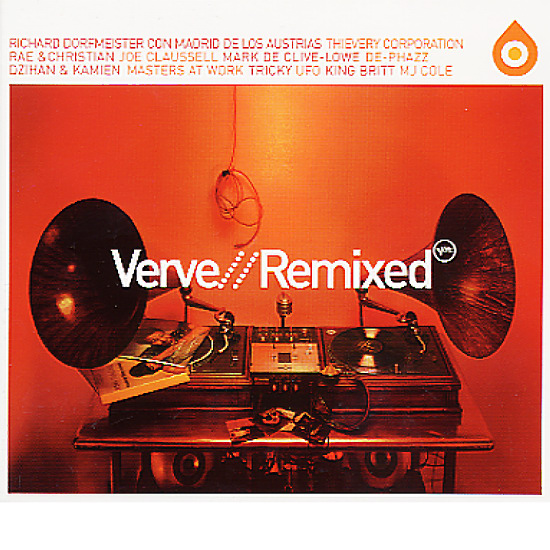 A very groovy idea! This sparkling set takes older vocal jazz tunes from the Verve catalog, and uses the songs as the basis for new tracks by some of the better producers in the global groove underground. The mix of styles and eras is quite compelling – as torchy vocals drift over the top of cutting edge beats – creating a sound that's bound to get you digging through the crates for some of these singers, and reevaluating work from the past like never before! Titles include "Who Needs Forever" by Astrud Gilberto remixed by Thievery Corporation, "Strange Fruit" by Billie Holiday remixed by Tricky, "Hare Krishna" by Tony Scott remixed by King Britt, "See Line Woman" by Nina Simone remixed by Masters At Work, "Return To Paradise" by Shirley Horn remixed by Mark De Clive-Lowe, "Feelin Good" by Nina Simone remixed by Joe Claussell, "Is You Is Or Is You Ain't My Baby?" by Dinah Washington remixed by Rae & Christian, and "How Long Has This Been Going On" by Carmen McCrae remixed by MJ Cole. And don't miss the super-low priced Verve Unmixed CD!  © 1996-2023, Dusty Groove, Inc.

Move To The Groove – The Best Of 70's Jazz Funk
Verve (UK), 1995. Used 2 CDs
CD...$14.99
Although you might think this is just some cheapo major label compilation of fake funky tracks, it's actually a darn nice selection of material that spans the full range of all the Polygram related labels, and it even includes some killer unreleased tracks! Highlights include the previously ... CD