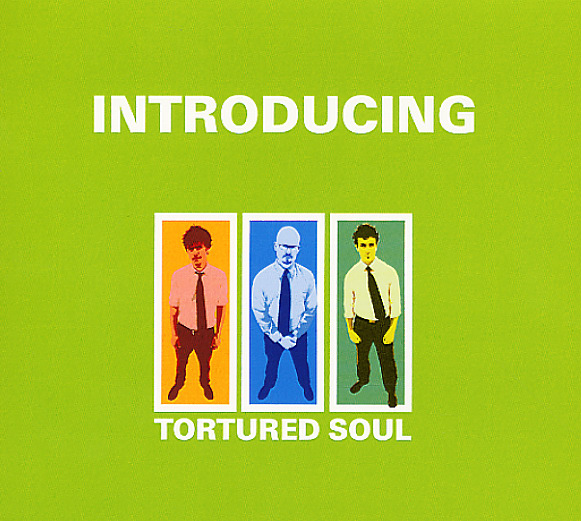 A new concept in soulful music – live house tracks, performed by a great trio led by drummer, singer, songwriter Christian Urich – member of Cooley's Hot Box! Given their neat look and tie-wearing, you might be tempted to expect Tortured Soul to be a mod or funk combo – but upon hearing the first note of this great CD, you'll find they're something entirely different! The group's got a sweet bubbling groove that's simply tremendous – a mix of soulful vocals, sweet keys, and warm house-infused rhythms – in a style that's got traces of Peven Everett, The Rurals, and some of the current work on the New York scene – but which also has a surprising jazzy twist of its own! Tunes unfold easily one into the other – never going too far out on the rhythms, but keeping the whole album lively throughout – and although the set features some mixing work by Osunlade and DJ Spinna, the real charm and credit for the debut certainly comes from the group themselves! Titles include "I Might Do Something Wrong", "You Found A Way", "Fall In Love", "How's Your Life", "Epic", "Enjoy It Now", and "Love Everlasting".  © 1996-2021, Dusty Groove, Inc.
(Out of print. Cover has some wear.)

Love Surreal
Purpose/E One, 2013. Used
CD...$4.99 (CD...$8.99)
Tremendous work from Bilal – and further proof that his life on the indie side of the soul spectrum has been a very good thing! There's a crispness to the record that crackles right from the start – slight cosmic touches in the beats, but never too over the top – just enough to ... CD