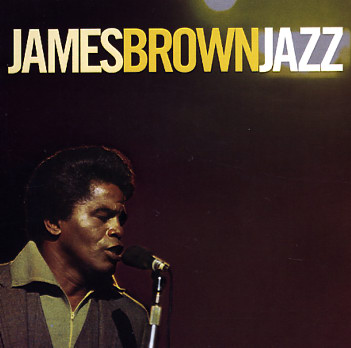 Not socking soul, but laidback jazz – an under-acknowledged side of James Brown's career, presented fully in this excellent collection of work from the 60s! The package shows a growing sophistication in James' music as the 60s moved on – not just in his vocals, which were surprisingly suited to a jazzy ballad, but also in his instrumental work on organ – which is featured here in a few key cuts that step out strongly! And even if you're a fan of The Godfather for many years, there's still some important highlights here – as a number of tracks are rare versions or previously unreleased – including "That's My Desire (alt mix)", "After You're Through (extended version)", "Tengo Tango", "Home At Last (alt mix)", "There (unreleased version)", "What Do You Like (stereo single edit)", "Go On Now (alt mix)", "For Once In My Life (alt mix)", and "Cottage For Sale (alt mix)" – along with already issued tracks "All The Way", "Why Am I Treated So Bad", and "All About My Girl".  © 1996-2021, Dusty Groove, Inc.
(Out of print.)

Live At The Apollo (1962)
Polydor, 1962. Used
CD...$5.99
A landmark album that forever changed the face of live recordings – and soul music too! As has been told and retold often, King records not only had the genius idea of bringing recording equipment into the Apollo Theater to catch James in a smoking live setting – the sort of show that ... CD

Before Me
Verve, 2006. Used
CD...$7.99
Gladys Knight pays tribute to a range of singers who came before her – Billie Holiday, Ella Fitzgerald, Sarah Vaughan, and others – all the while earning our respect for her new inflections of these classics! The style here is less "torch revival" than you'd expect – ... CD

Let Me Party With You (UK pressing with bonus tracks)
Verve/Big Break (UK), 1977. Used
CD...$11.99
One of the best of Bunny Sigler's disco albums – a classic pairing with a the group Instant Funk, and a record that helped define the second generation of the Philly groove! Bunny's still got some of the sweeter touches of earlier years, but he also comes across with a much fuller vocal ... CD

From A Whisper To A Scream
Kudu/King (Japan), 1971. Used
CD...$18.99
One of our favorite-ever albums from Esther Phillips – an album that really helped her transform her sound for the 70s! The approach here is a lot more jazzy than before – served up with a good dose of funk, thanks to arrangements from Pee Wee Ellis – fresh from his work with ... CD