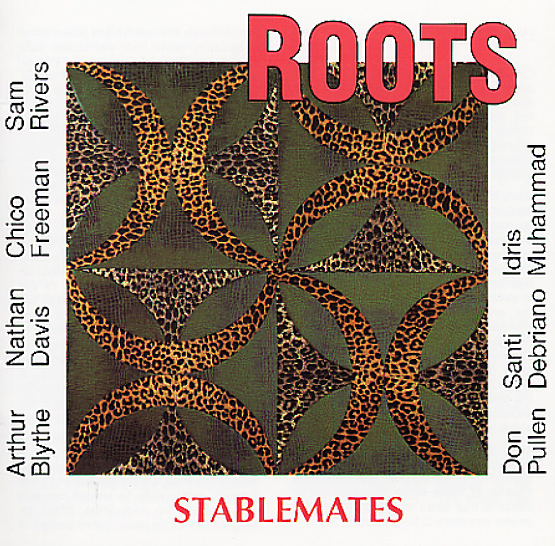 A pretty great session – if only for the work of the sax players! The "stablemates" on the session are a host of older spiritual and soul jazz players – including Nathan Davis, Sam Rivers, Chico Freeman, and Arthur Blythe – alternating solos and coming together in some angular ensemble parts that really sound wonderful. The "Stablemates" reference is well chosen, as there's a lot of Benny Golson influences on the album – especially in the rhythm section of Don Pullen, Santi Debriano, and Idris Muhammad, who groove together with the crackling tightness that Golson would have used on a classic early 60s album, keeping the pace with a soulful swing, so that the horn players can cut loose in some modernist inflections. Titles include "Walkin", "I Remember Eric Dolphy", "Stolen Moments", "Linden Boulevard", and "Stablemates".  © 1996-2021, Dusty Groove, Inc.
(Out of print, punch through barcode.)