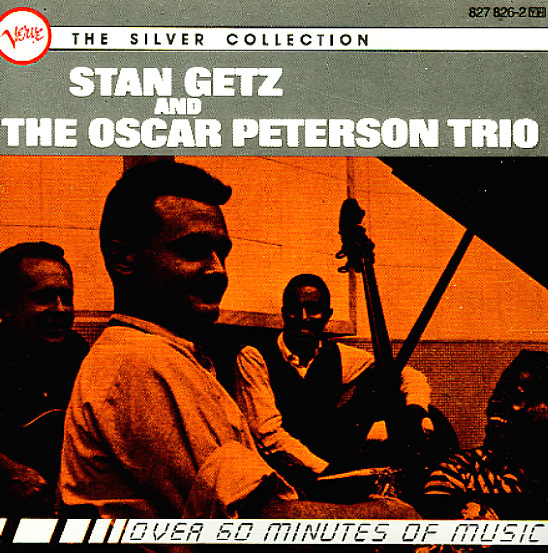 A great little session – and a meeting that was one of the best things to happen to the Oscar Peterson trio during the 50s! Stan's tone fits perfectly with the group here – and his playing next to the guitar of Herb Ellis recalls many of the fine strengths of the early 50s Getz sides with Jimmy Raney – although somehow coming across with even more depth and imagination here – probably a result of the more sophisticated approach to productions handled by Verve! Peterson's no slouch, either – but Stan's the man who really makes the session sparkle – as you'll hear on tunes that include "Tour's End", "Bronx Blues", "I Was Doing All Right", and "I'm Glad There's You".  © 1996-2023, Dusty Groove, Inc.
(Verve/Polygram pressing.)