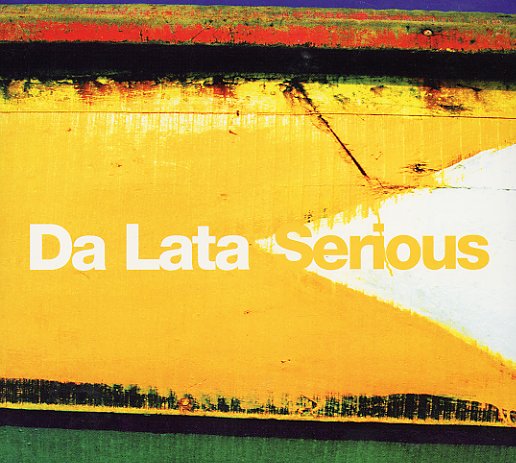 A bold step forward for the team of Patrick Forge and Chris Franck – the first Da Lata album in years, and a real departure from the past! The group's still clearly inspired by older Brazilian tunes, but they've also opened their groove up to a much more global horizon – taking on influences from African and Caribbean sources, and working in a style that has a much more organic feel overall. Vocalists on the set include Jhelisa, Baaba Maal, Nina Miranda, and Mamani Keita – and the tracks are awash in some great instrumental touches that include accordion, acoustic guitar, timbales, bells, and tres – in addition to the group's usual mix of samples, keys, and beats! Titles include "Distracted Minds", "Something", "If U Don't Know", "Serious", "Breathe", "Reeling", "Firefly", "Nuts", and "Can It Be".  © 1996-2022, Dusty Groove, Inc.
(Out of print.)