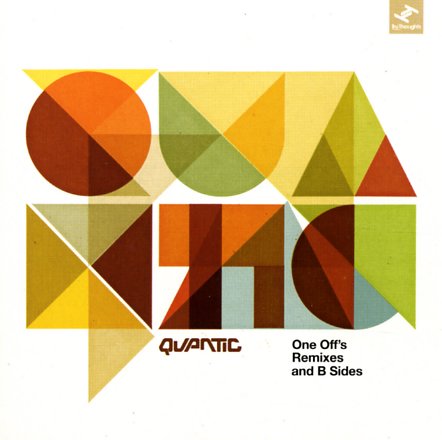 Incredible work from Will "Quantic" Holland – easily one of the hardest working men in the groove business! Will's work under the Quantic and Quantic Soul Orchestra name is well known from a few key albums over the past few years – but he's also got a resume that spans far beyond those full length sets, and runs into dozens of rare singles, remixes, and related projects. This overdue collection brings together the best of that extra Quantic work – pulling together a nice range of differently-flavored tunes that further expand our understanding of Will's funky genius – a good portion of which have been out of print for awhile! 2CD package is overflowing with great work – the Quantic titles "Archipelago", "Quick Sand", "En Focus (Pilooski mix)", "Departure", "Giraffe Walk", "Perception (Nu:Tone mix)", "Off The Beaten Track (Carmel mix)", and "Don't Joke With A Hungry Man (Seiji mix)" – and remixes that include "Girl Who Wasn't There (Quantic mix)" by Victor Malloy, "Where's Vicky (Quantic mix)" by Bathysphere, "So Sudden (Quantic mix)" by Handpolished, "1958 (Quantic mix)" by Skalpel, "In Your Own Time (Quantic mix)" by Dynamoe, "Secrets (Quantic mix)" by 3 Mins with Mark Murphy, "Transworld (Quantic mix)" by UFO, "Bababatteur (Quantic mix)" by Awa Band with Tony Allen, and "Bukom Mashie (Quantic mix)" by Oscar Sulley & Uhuru Dance Band.  © 1996-2021, Dusty Groove, Inc.