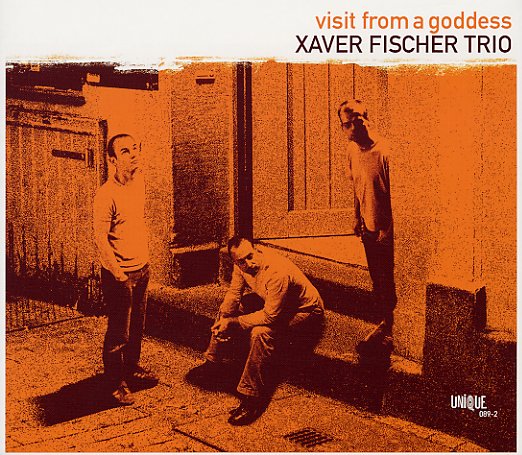 Visit From A Goddess

Sweet keyboard grooves from the Xaver Fischer Trio – an outfit that we haven't heard from for a few years, but who still sound totally great! The group's format is spare and simple – and very much dedicated to the spirit of smaller 70s keyboard funk – with stripped-down basslines and drum parts, topped off by warmer waves of sound from leader Xaver Fischer – who seems to be playing Fender Rhodes on most of the set – and who's got a flowing approach to the keys that we totally love! Drums are nice and hard, but more complicated than just a set of jazzy breaks – and the overall feel of the album is lushly gliding and soulful – topped off by vocals on one tune, but carried by the strength of the trio on the rest! And there's no remixes, no extra bits, or programming to mess up the sound – just pure simple jazzy grooves from the trio! Titles include "Tubao", "Rio Negro", "Mombassa Bossa", "Better Times 1925", "Marchenwald", "Bahia", "Better Times", and "Cocktail Boogie".  © 1996-2020, Dusty Groove, Inc.
(Out of print.)