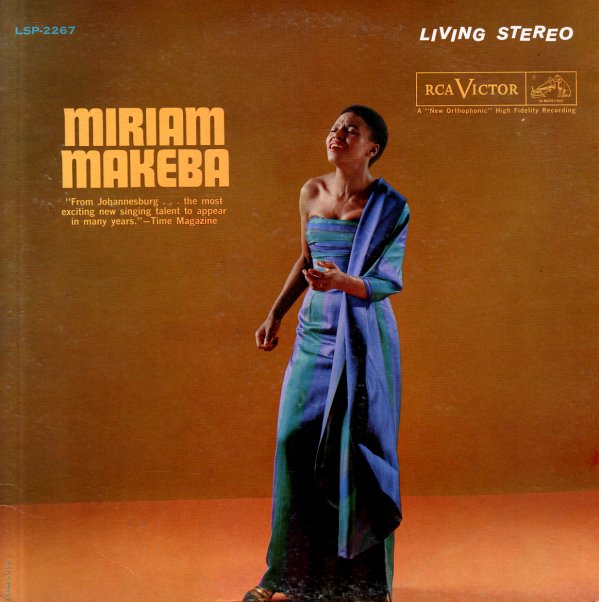 One of Miriam's first albums in the US – issued under the supervision of Harry Belafonte, and recorded with only guitar backing on most cuts, plus some additional vocal help from the Belafonte Folk Singers. Tracks include "Olili", "The Retreat Song", "Umhome", "The Click Song", "Iya Guduza", "One More Dance", and "Where Does It Lead?"  © 1996-2021, Dusty Groove, Inc.
(Black label stereo pressing with deep groove. Cvoer has some edge wear.)