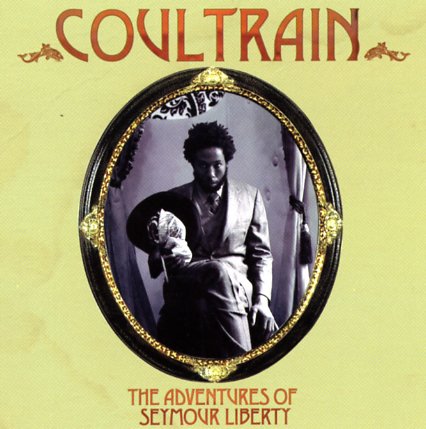 Spacey soul from Coultrain – an up-and-coming singer from the St Louis scene, and one with a really unique sort of sound! The album's a wonderful debut effort – far more mature and complex than you might expect, with a really cosmic feel that's somewhere between 70s spacey soul and some of the more future-thinking work from the recent Detroit scene – yet all put together with a sense of timing and phrasing that's clearly Coultrain's own! Rhythms range from mellow and straightforward, to more complicated and angular – and Coultrain's voice is often great enough on its own, but sometimes sounds even better with a bit of flanged-out production. Titles include "Green", "Lilac Tree", "Screw", "Girl Of My Dreams", "Swimmin In The Stars", "Lost In Translation", "Playin Catch Up", "Self Pity", "Who R U", and "Endangered Species".  © 1996-2022, Dusty Groove, Inc.

Phantasmagoria
Positive Elevation, 2021. New Copy
CD...$7.99 14.99
It's been over a decade since Coultrain first knocked us out with his debut – and during that time, he's really continued to grow as an artist – to a point where his talents are more fully-formed and individual than ever, and served up with an increasingly sophisticated sense of ... CD