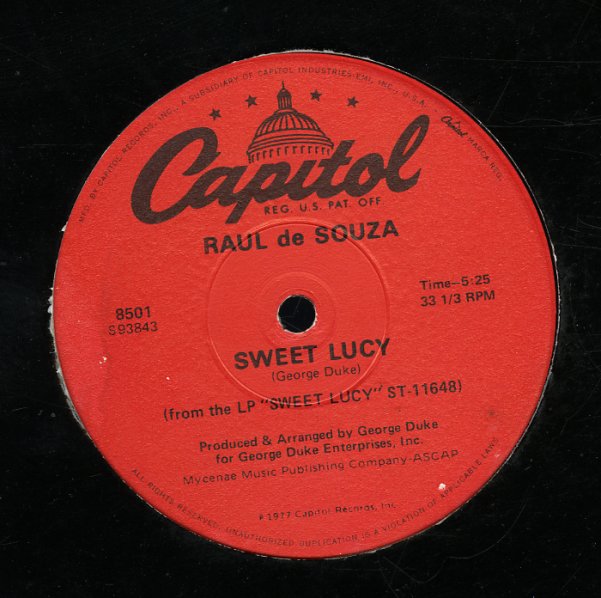 Sweet Lucy/Time Is On My Side

An early split single on Capitol – with two smooth modern tracks! "Sweet Lucy" is one of Raul De Souza's biggest tracks ever, a great jazzy number with a sweetly soulful finish. "Time Is On My Side" is an early one from Frankie Beverly & Maze – a nice little midtempo number with a slightly funky groove that's very nice!  © 1996-2022, Dusty Groove, Inc.
(In a Capitol sleeve, with some pen and marker. Label on Side 1 has an X in marker.)