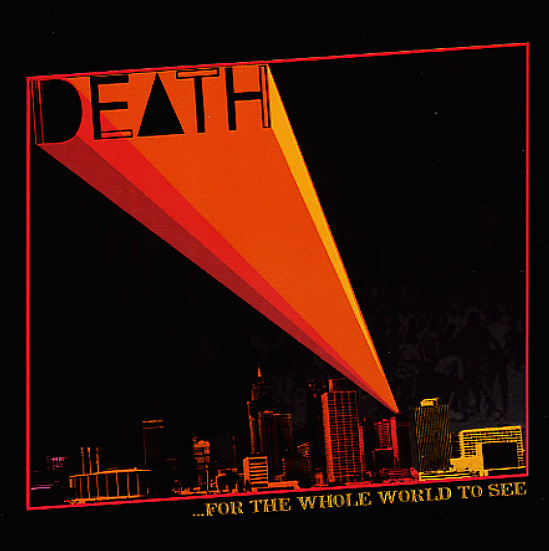 For The Whole World To See

A pre-punk bit of charged, hard grooving Motor City rock from Death – a lost record that takes a tightly coiled, blazing approach to their influences of garage rock and psychedelia – and a record that's all the better in that it was recorded way back in 1975! To put it bluntly, music didn't really sound like this in '75 – and it would be as easy to label the sound as something like, "mid 70s Detroit African American precursor to Husker Du", etc, but this is a honestly a pretty remarkable album for its time that we don't want to trivialize it with a lazy nutshell description. The group does distill their influences in a way that's reminiscent of some midwestern post punk, but Death is pre-punk, making it a really fascinating record, and a blast to crank up in your headphones! Titles include "Keep On Knocking", "Rock-N-Roll Victim", the longer, seemingly Arthur Lee influenced "Let The World Turn" (eventually nailing a fiercer sound the likes of which Love never messed with), "You're A Prisoner", "Freakin Out", "Where Do We Go From Here???" and "Politicians In My Eyes". 7 songs, 27 minutes, and pretty awesome.  © 1996-2021, Dusty Groove, Inc.