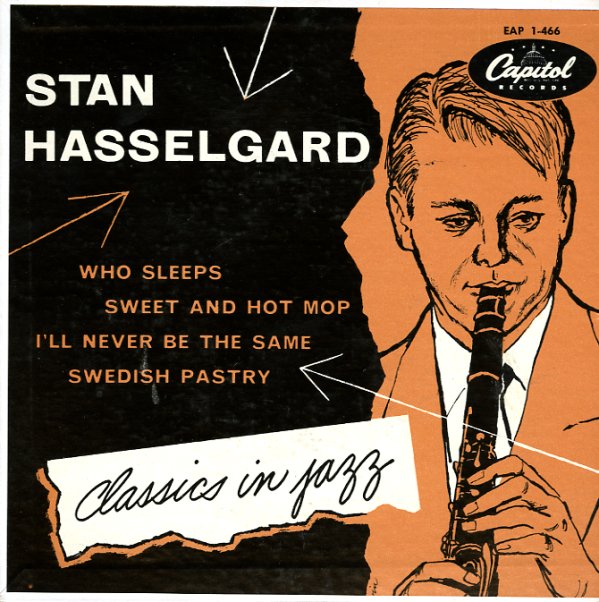 Wonderful American work from this Swedish reed giant – recorded in Hollywood in 1947, with Stan on clarinet, alongside Red Norvo on vibes, Arnold Ross on piano,and Barney Kessel on guitar! The tunes have a sweet small combo swing – almost a Verve sort of feel – and titles include "Swedish Pastry", "Who Sleeps", "Sweet & Hot Mop", and "I'll Never Be The Same".  © 1996-2021, Dusty Groove, Inc.
(Cover has light wear.)