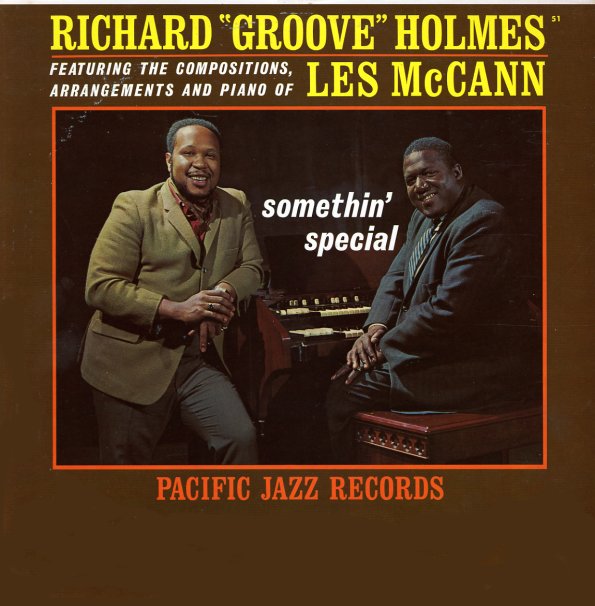 Two of LA's leading soul jazz luminaries – playing head to head in an interesting session that mixes lines on piano and organ! McCann gives the set a good rollicking rhythm, and Holmes' increasing skill on the Hammond makes the set blow out over the top – and the pair get backing by Joe Pass on guitar, Ron Jefferson on drums, and the enigmatic Joe Splink on tenor, who we're sure is a more famous player, working here uncredited due to contract restrictions. The tracks are all originals by Les –a nd titles include "Black Groove", "Me & Groove", "Comin Through The Apple", "Carma", and "Somethin Special", which grooves for over 9 minutes!  © 1996-2020, Dusty Groove, Inc.
(Blue & silver label pressing. Cover has a split bottom seam, some aging, and a split top seam held with old tape.)