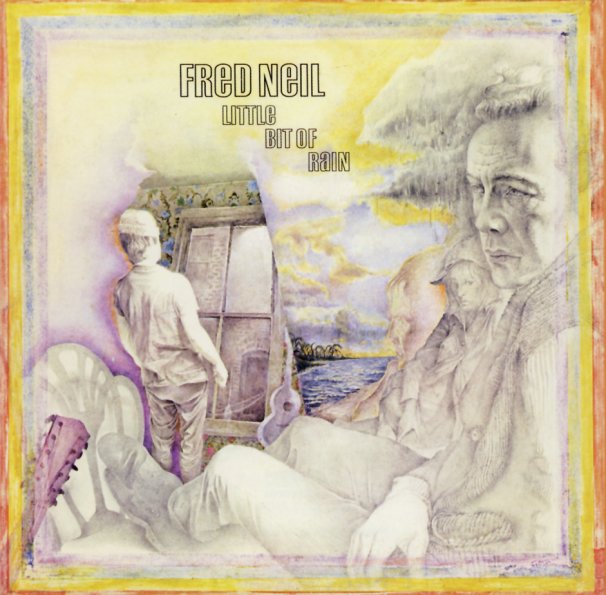 The first full album from the great Fred Neil – recorded for Elektra Records in the years before his underground fame on Capitol – and with a sound that's maybe a bit more bluesy overall, but in a very cool way! Fred's songwriting strengths are very much at play here – as almost all songs are originals – but there's also a tighter focus that compresses most numbers to the 2/3 minute range – instead of making them more of the wispier workouts of later years. The group's quite an interesting one – with on guitar and dobro from Pete Childs, bass from Felix Pappalardi, and harmonica from John Sebastian – all at a young point that has them bringing plenty of folk blues inflections to their performances, but in a way that's completely free of any hoke or cliche. Titles include "Travelin Shoes", "Water Is Wide", "Gone Again", "Candy Man", "Yonder Comes The Blues", and "Little Bit Of Rain".  © 1996-2021, Dusty Groove, Inc.
(Early 70s white label stereo Radio Station Copy with butterfly labels, includes the Elektra inner sleeve. Cover has a promo sticker and an index label at the top left corner.)

Game
Elektra, 1980. Very Good
LP...$14.99
One of their biggest LPs, this one hardly needs any introduction from us, with the massive hit "Another One Bites The Dust", that appeals to beat diggers and mullet-headed rockers alike! Also includes "Dragon Attack", "Play The Game", "Need Your Loving ... LP, Vinyl record album