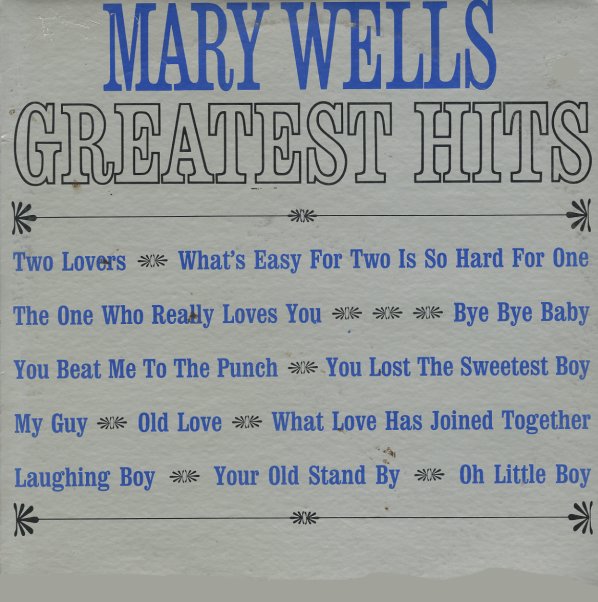 It's only 1964, early in Motown's history, but Mary's managed to rack up a considerable batch of hits – no surprise since she was one of the label's best female singers of the early years! This set features 12 classics by Mary – including "You Beat Me To The Punch", "My Guy", "Your Old Stand By", "Two Lovers", "The One Who Really Loves You", and "What Love Has Joined Together".  © 1996-2023, Dusty Groove, Inc.
(Stereo pressing. Cover has some edge wear.)