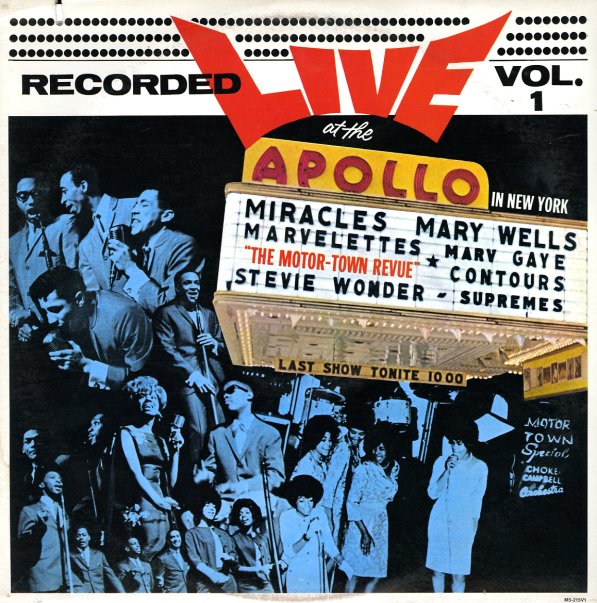 A killer Motown live album – one that has the Detroit label storming the stage of the Apollo Theater, with some of its biggest 60s acts in tow! There's a really open, spontaneous feel to the record – more so than other Motown live sets of the 60s – a quality that really grabs you and makes you feel like you're in the audience, catching these artists at the height of their young powers – and the production has the kind of frenetic live album feel as James Brown's famous set at The Apollo. Titles include "Stubborn Kind Of Fellow" by Marvin Gaye, "Whole Lotta Woman" by The Contours, "Strange I Know" by The Marvelettes, "Don't You Know" by Stevie Wonder, "You've Really Got A Hold On Me" by The Miracles, "Two Lovers" by Mary Wells, and "Let Me Go The Right Way" by The Supremes.  © 1996-2022, Dusty Groove, Inc.
(80s reissue pressing – still sealed! Cover has a cutout mark, and shrink is open in one corner, which has some light wear.)