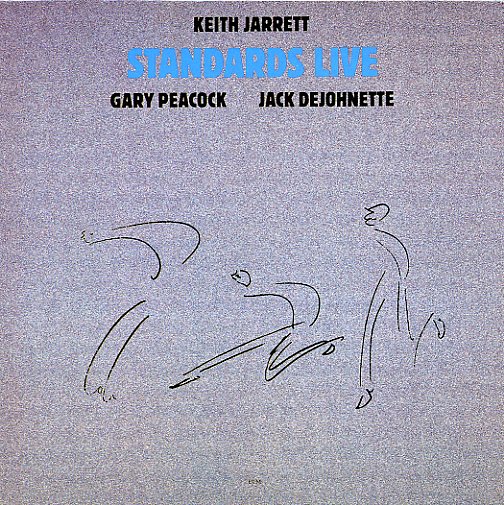 After the success of Jarrett's Standards Trio recording, he revisits the format with Gary Peacock and Jack DeJohnette – the first ever live recordings of this incredible trio in action! Like the studio recordings, this set features roomy, lyrical readings of standards, in a way, reminiscent of classic Bill Evans approaches to similar material – with a relaxed, moody spin on the proceedings. The tried-and-true material is given fresh life by the players, who roll from a looser dynamic with each player having their moments, to some tighter interplay in the heart of the tunes – and the appreciative French audience helping with the mood! 6 numbers: "Stella By Starlight", "The Wrong Blues", "Falling In Love With Love", "To Young To Go Steady", "The Way You Look tonight" and "The Old Country".  © 1996-2022, Dusty Groove, Inc.
(Original US pressing. Cover has a promo sticker.)

My Song
ECM, 1978. Very Good+
LP...$6.99
A really beautiful album – quite different than the solo or trio material by Keith Jarrett for ECM in the 70s – as the group is a quartet, with Jan Garbarek on soprano and tenor sax, Palle Danielsen on bass, and Jon Christensen on drums! LP, Vinyl record album

Shades
ABC/Impulse, 1976. Near Mint-
LP...$9.99 13.99
A lost gem from Keith's "with horns" period – a quintet session from the mid 70s, recorded with a group that features Dewey Redman on tenor, plus Charlie Haden on bass, Paul Motian on drums and percussion, and Guilherme Franco on additional percussion. The feel is a bit straighter ... LP, Vinyl record album

Solstice
ECM, 1975. Near Mint-
LP...$14.99
Moody musings from guitarist Ralph Towner – recorded here on 12-string and classical guitar, plus a bit of piano – and working with a quartet that includes Jan Garbarek on sax and flute, Eberhard Weber on bass and cello, and Jon Christensen on drums and percussion. The group do a nice ... LP, Vinyl record album

Pat Metheny Group
ECM, 1978. Near Mint-
LP...$13.99
A near-legendary album from Pat Metheny – the real birth of the "Metheny sound" on record, and a perfect example of the magically fluid groove that he crafted with keyboardist Lyle Mays! The sound here is hard to describe – and even harder when you try to pick out the ... LP, Vinyl record album