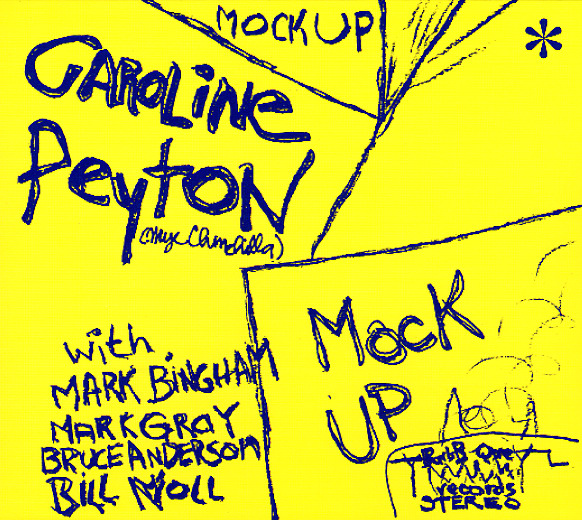 A wild set of early 70s leftfield folk from Caroline Peyton – a freewheeling batch of tunes that's a little bit more out there than the warmer, sunshine folk soul of the later Intuition album – but a unique gem that's a great showcase for Caroline's stunning voice, and the songwriting of partner Mark Bingham. The duo's creative origins trace back to a hippie commune outside of Bloomington, Indiana – and the tunes often feel like an unselfconscious, artier riff on the Cali folk scene of the time. The arrangements are built around the voice, and piano on many of the tracks. Unconventional, but warm and true – well worth a late discovery. Original album tracks include "The Sky In Japan Is Always Close To You", "Pull", "Don Beggs", "Tuna", "Engram", "Sweet Misery", "Hook", "Gone For A Day" and more. The Numero/Asterisk reissue goes the extra mile with liner notes by Edd Hurt, lots of photos, and bonus tracks including "Breathe (Live)", "Alll This Waiting", "Paths Of Light", "White Teeth" and enhanced video footage – "Call Of The Wild" and "Fishing Blues" live at the Hummingbird Cafe, in Bloomington, Indiana.  © 1996-2021, Dusty Groove, Inc.

Of Rivers & Religion/After The Ball
Reprise/BGO (UK), 1972/1973. New Copy
CD...$11.99 16.99
A pair of wonderful albums from the great John Fahey – back to back on a single CD! First up is Rivers & Religion – a really unique album by John Fahey – issued during a short stretch of initial mainstream approval, and a brief time of recording for Warner Brothers! Some of ... CD

It's Only Rock & Roll/Never Could Toe The Mark/Turn The Page/Sweet Mother Texas
RCA/BGO (UK), Early 80s. New Copy 2CD
CD...$16.99 19.99
A quartet of early 80s albums from Waylon Jennings – brought together here in a single set! First up is It's Only Rock & Roll – a set that still has Waylon working with a really great ear for the best sort of songwriters on the scene, and throwing in a few of his own gems too! The ... CD