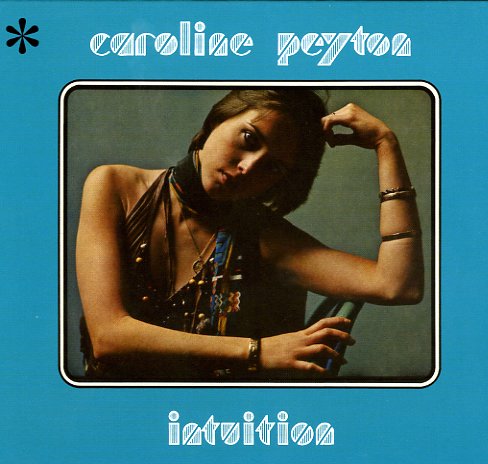 A pretty amazing album from vocalist Caroline Peyton – a eclectic set from '77 that manages to cohesively blend pop, country, soul, folk and even a touch of disco-styled funk – but it all holds together masterfully thanks to credible craftsmanship and especially to Caroline's lovely vocals! Caroline has an incredible voice – and she's given plenty of room on these tracks to really fill the room with it. Some of tunes wouldn't be out of place at all in the Laurel Canyon scene, but she also handles a more diverse palette of styles. One track, "Party Line" takes a left turn towards club soul, and despite being a bit of an anomaly, it somehow feels right in place with the rest of it. there's an honest, midwestern aura here that shines through wonderfully. Caroline and songwriter/producer Mark Bingham made impeccable team on the couple of underappreciated records they made together in the 70s, and Intuition is a true gem! Original album tracks include "Still With You", "Together", "Donkey Blues", "Call Of The Wild", "Just As We", "You Too", "Brister", All This Waiting" and "Light Years". Numero/Askerisk goes the extra mile with this well done revisit – with nice liner notes by Edd Hurt, photos, and 7 bonus tracks, including demos, outakes and more – including "Shake Down", "Another Today", "Try To Be True", "Spin" and more.  © 1996-2022, Dusty Groove, Inc.