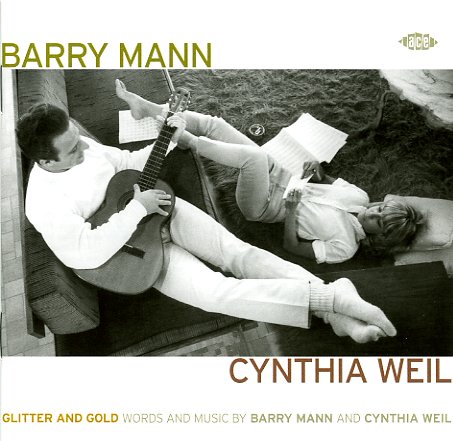 One of the greatest guy/girl songwriting teams of the 60s – featured here in a killer collection of some of their best work! The range of artists here is nicely wide – from rockers to pop crooners to soul groups – and all of the tunes are key readings of songs penned by Barry Mann & Cynthia Weil, possibly not the highest-charting versions, but easily some of the greatest ever set to record! Ace really did a great job with this one – matching the heights of their other songwriter series titles, and really bringing out the darkness in the Mann/Weil songs – a subtle sort of sadness that comes through perfectly in most of these versions. The 24 page booklet features track-by-track notes on the tunes – really getting at the story of the recordings – and titles include "It's Not Easy" by The Sweet Inspirations, "Kicks" by Del Shannon, "It's Getting Better" by Mama Cass, "The Bossa Nova" by Tippie & The Clovers, "Hungry" by Paul Revere & The Raiders, "It's A Happening World" by The Tokens, "Chico's Girl" by The Girls, "Glitter & Gold" by The Turtles, "In The Park" by The Drifters, "Where Do I Belong" by Calvin Grayson, "Let Me Walk With You" by The 2 Of Clubs, "She Is Today" by Bergen White, "Girl It's Alright Now" by Bruce & Terry, "Where Have You Been All Of My Life" by Arthur Alexander, and "I'd Be So Good For You" by Joanie Sommers.  © 1996-2022, Dusty Groove, Inc.