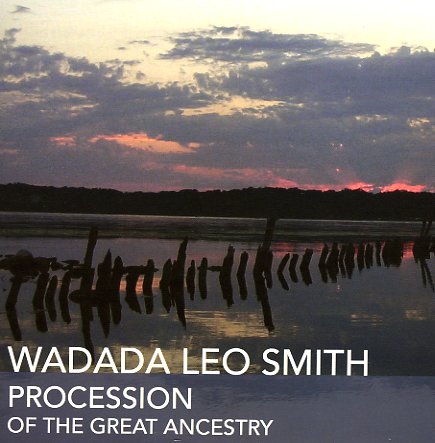 An overlooked gem from trumpeter Wadada Leo Smith – an early 80s session, but one that we'd rank with some of his most-together work ever! The album's a mixture of spare modes and some surprising group elements – a set that often has Smith blowing beautifully on trumpet or flugelhorn, alongside the vibes of Bobby Naughton and percussion of Kahil El Zabar – the latter of whom makes a strong, spiritual appearance here – really helping to shade in some strong sounds to Leo's music. Naughton's vibes are great too – very angular and chromatic, with the sharpness of Bobby Hutcherson's avant work of the mid 60s – and one track features John Powell on tenor, and two more have Louis Myers on guitar – bringing in these weird harmelodic bluesy tones which then accompany vocals from Smith! Titles include "Nuru Light", "The Flower That Seeds The Earth", "Jah Jah Is The Perfect Love", "Procession Of The Great Ancestry", and "Third World Grainery Of Pure Earth".  © 1996-2022, Dusty Groove, Inc.

String Quartets 1 to 12 (7CD set)
Tum (Finland), 2022. New Copy 7CD set
CD...$112.99 125.99
An amazing chapter in the incredibly rich career of Wadada Leo Smith – an artist who first rose up as a trumpeter in the AACM scene in Chicago, but who's gone on to have a huge impact on modern music around the globe – including a surprisingly strong legacy as a composer too! This set ... CD

Have No Fear (plus bonus track)
Nessa, 1975. New Copy
CD...$13.99 16.99
One of the best studio albums ever from the legendary Von Freeman – and a date that really captures some of the careful essence of his live performances in Chicago! Unlike the previous Atlantic album, which tried to fit Von into a more expected bag, this easygoing Nessa session really lets ... CD