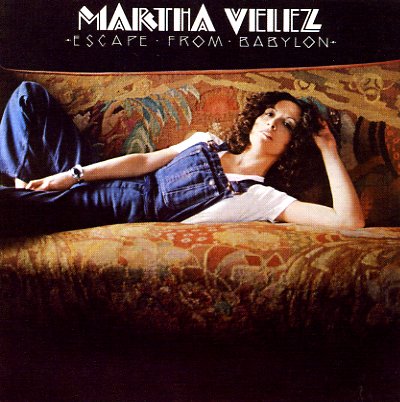 Martha Velez gets some heavy help here from Bob Marley – who produced the album with a bit of extra help from Lee Perry! The set's a nice mix of Martha's soulfully-styled vocals and Marley's Kingston rhythms – a blend that has similar appeal to some of Serge Gainsbourg's reggae-related projects, but in a slightly different style overall – almost more Marley-like in the end, with Bob pushing Martha into his side of the musical spectrum, instead of the other way around. Backing vocals are by the I-Threes – and titles include "Wild Bird", "Money Man", "Happiness", "Get Up Stand Up", "Disco Night", and "Come On In".  © 1996-2022, Dusty Groove, Inc.
(UK pressing. Cover has a mild corner bend.)