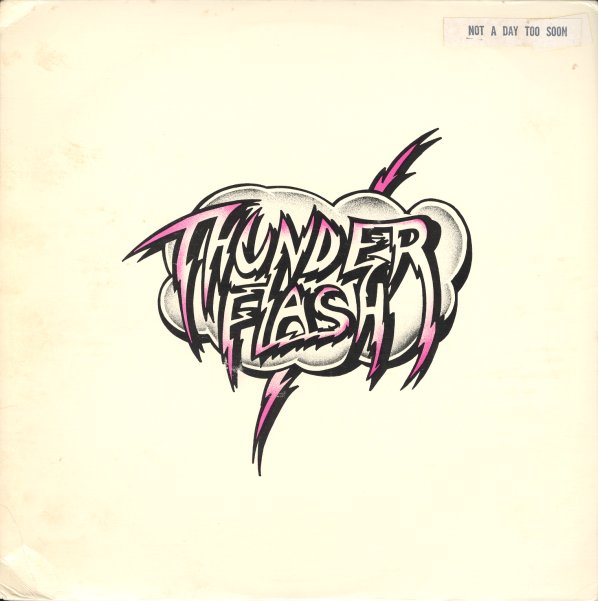 Not A Day Too Soon (double a-side single)

(Promo in a stickered Thunderflash sleeve, with bumped corners.)