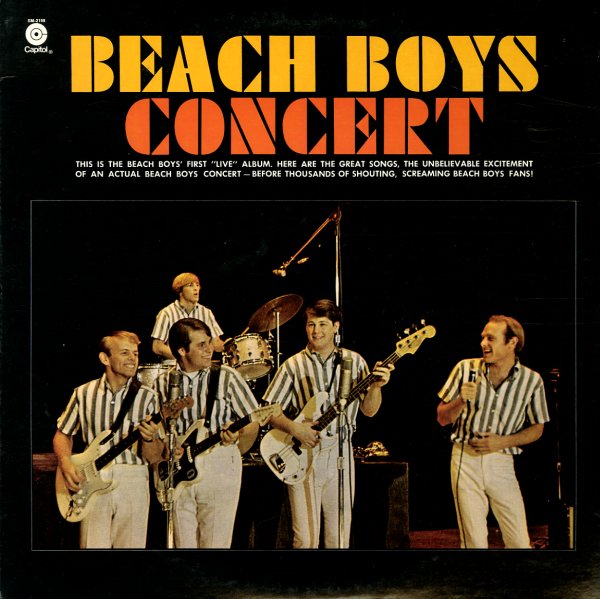 The first live album from The Beach Boys – and a bit more straight than later live dates, but still pretty nice overall! Like their Party album from the 60s, this set shows a slightly different side of the group than their Brian Wilson-polished studio sessions – a bit more freewheeling but still incredibly harmonic, almost a glimpse at what it might have been like when they were just jamming around in the early days. Titles include "The Little Old Lady From Pasadena", "In My Room", "Monster Mash", "Let's Go Trippin", "Fun Fun Fun", "Long Tall Texan", "Papa Oom Mow Mow", "The Wanderer", and "I Get Around".  © 1996-2021, Dusty Groove, Inc.
(Mono rainbow label pressing, with booklet intact. Cover has some seam splits along the top and a name in marker inside the gatefold.)