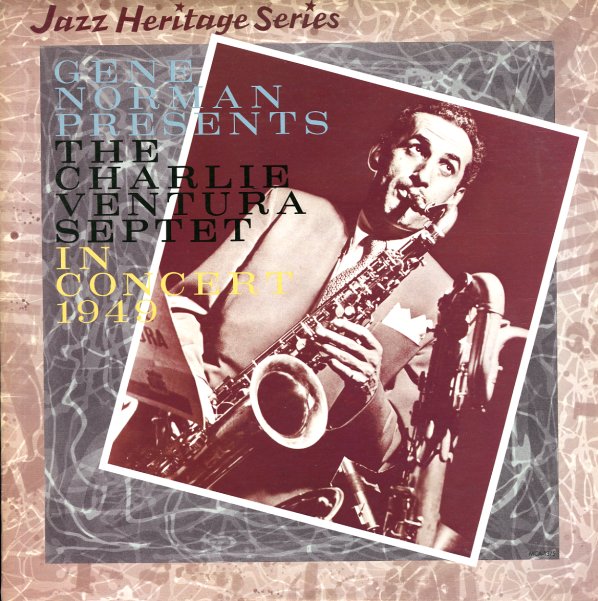 From bop to swing – and everything in between! A classic performance by Charlie Ventura – recorded in Pasadena in 1949, with his septet that included Benny Green on trombone, Boots Mussuli on alto, and vocalese bits by Jackie & Roy! Ventura was a key link in two jazz traditions of the late 40s, and with help from Green and Mussuli, he really cuts things up on the set. Jackie & Roy sing on "East Of Suez", "Euphoria", and "I'm Forever Blowing Bubbles" – and other tunes include "If I Had You", "Fine & Dandy", and "How High The Moon".  © 1996-2023, Dusty Groove, Inc.
(80s issue.)

Charlie Ventura & His Band In Concert
GNP, 1949. Near Mint-
LP...$4.99 6.99
A perfect example of why the Charlie Ventura group was one of the most popular live acts on the west coast scene of it's day! Producer Gene Norman really manages to capture the charm of the group in all its glory – recorded live in a lineup that features Conte Candoli on trumpet, Bennie ... LP, Vinyl record album