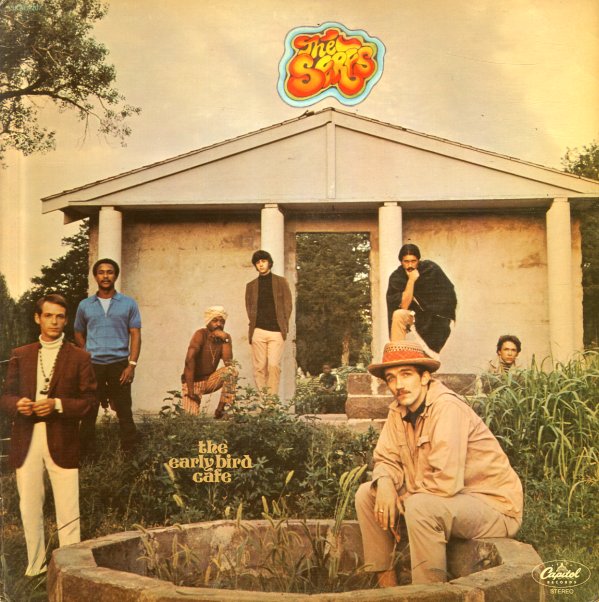 A pretty obscure late 60s set on Capitol Records – by one of those great bands who briefly got the chance to record for the label, then never showed up again! The Serfs have a lot going on for such a relatively unknown group – a sound that's partly folk, partly roots, and with some groovier touches too – even a bit of jazz inflections at points, in ways that remind us a bit of The Shades Of Joy on Fontana. Instrumentation includes congas, vibes, organ, tenor, and trumpet – and titles include "Evil Days", "Early Bird Cafe", "All Blue", "Leda", "I'm A Man", and "Prologue & Mechanical Man".  © 1996-2021, Dusty Groove, Inc.
(Rainbow label stereo pressing. Cover has some wear and aging, a peeled spot and some remnants from sticker removal, unglued seams, and several shop stamps on back.)