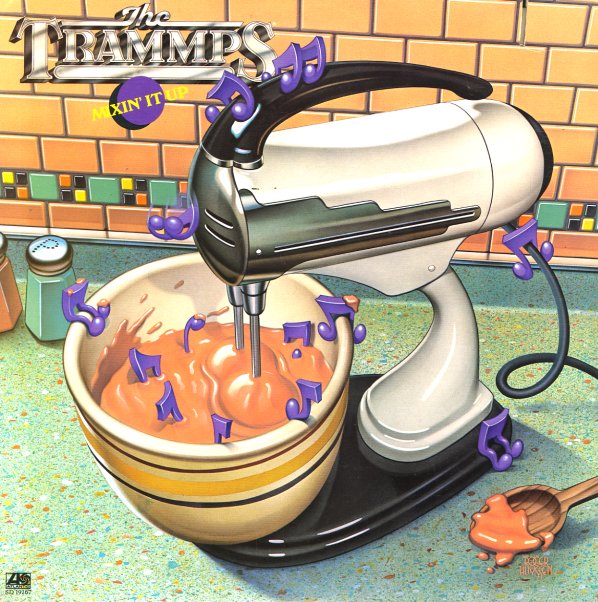 One of the most dancefloor-oriented efforts from the Trammps – and that's saying a lot, given the sound of their other records! This set brings the beats up a bit more than before – almost a boogie groove, or an 80s-styled sound at points – but still with strong roots in the Philly club of earlier albums. Baker/Harris/Young produced – and mixes are by Ron Kersey, Ron Baker, and Earl Young – all of whom are trying to give the group a leaner, cleaner sound than in the disco years. Titles include "Hard Rock & Disco", "Music Freek", "Dance Contest", "VIP", "Wake Up From Yesterday", and "You Can Make It".  © 1996-2021, Dusty Groove, Inc.
(Cover has a cutout notch, a bumped corner, and light surface wear.)